How to choose different systems, based on pressed key in GRUB2

Ok, so the Internet is crawling with plenty of howtos for configuring different/many operating systems during boot with GRUB2. But I haven’t found the single one, how to make it depended on simple key press – not have to choose from GRUB menu.

So, in my case, I want to have boot up Linux/Debian all the time – as the default system, but from time to time, use Windows for Fusion 360 (or for gaming). Of course I can choose different OS from GRUB menu – like everyone else, but it would be much nicer and faster to simply press “shift” during boot and see Windows.

END_OF_DOCUMENT_TOKEN_TO_BE_REPLACED 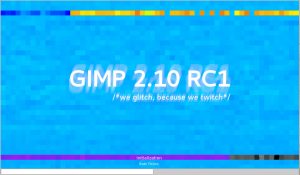 Yes it really happening, after many years of 2.9 releases we have now 2.10 RC1! 🙂 END_OF_DOCUMENT_TOKEN_TO_BE_REPLACED

How to stabilize shaky video on Linux?

I’ve been looking around for Linux video stabilization for about two years. It’s not like the digital stabilization haven’t been present two years ago, but just recently I have been pushed enough that I had to to something about it.

END_OF_DOCUMENT_TOKEN_TO_BE_REPLACED